The St. James Municipal Corporation and the Jamaica Cultural Development Commission, JCDC, will on Independence Day, Friday August 06, 2021 honour a number of citizens for their contributions toward the development and growth of the parish of St. James

The “Spirit of Independence Awards” ceremony will take place inside the Montego Bay Cultural Centre for the second consecutive year due to the on-going COVID-19 pandemic and in keeping with the protocols under the Disaster Risk Management Act, DMRA.

The awards will be presented to worthy recipients in the fields of Health, Agriculture, Industry and Commerce, National Security, Religion, Community Service, Journalism/Media, Entertainment, Sports, Arts and Culture, Tourism and Education.

Chairman of the Civic and Community Affairs Committee of the St. James Municipal Corporation, Councillor Dwight Crawford said despite still being negatively impacted by the COVID-19 pandemic, the “unsung heroes” of St. James deserve to be publicly recognized. 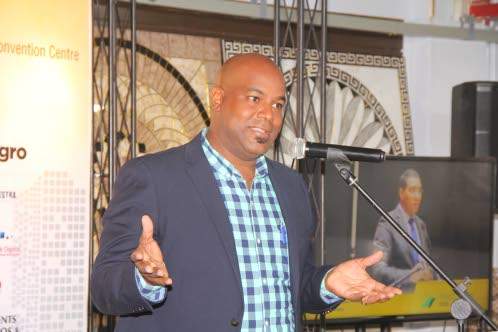 “On Independence Day, August 6, the St. James Municipal Corporation and the Jamaica Cultural Development Commission will honour our local ‘Heroes and Heroines’ based on their true actions and dedication to nation building in general and towards the development of St. James in particular”, Councillor Crawford stated.

He said the process of nominating persons for the Spirit of Independence Award has started and will end on July 22 after which a committee will vet all nominations and then select the recipients.

Councillor Crawford said “the presentation of the Spirit of Independence Awards to these worthy recipients is our small way of saying thanks to them for the part that they have been playing in building St. James. These heroes and heroines are expected to continue being good stewards for the parish as we lay the foundation for Jamaica’s growth and development in the fourth industrial revolution.

At the Spirit of Independence Awards Civic Ceremony, Independence messages from the Governor General, the Prime Minister and the Leader of the Opposition will be read while Mayor of Montego Bay Councillor Leeroy Williams will bring greetings.

The Spirit of Independence Awards are presented to any person or group of persons (corporate or incorporate) who have made significant contribution to the economic, social, cultural or political development of St. James.

Before the civic ceremony on August 6, the STJMC and the JCDC will jointly state the Emancipation Vigil on July 31 and will participate in an Emancipendence Church service on Sunday August 1.