The St. James Municipal Corporation’s Poor Relief Department recently received a boost in its effort to serve the parish’s registered poor with the donation of care packages and personal protective equipment from the Sherwin Williams Women’s Group.

A total of twenty-five packages, containing food and toiletries, were presented to the Corporation’s Acting Chief Executive Officer, Bryce Grant, and Deputy Inspector of Poor, Shellian Robinson, on Tuesday, May 26 at the Municipal building.

According to Grant, the donation shows that the members of the Sherwin Williams Women’s Group are good corporate citizens, and that it is good that they seek to give back to the society.

“We are pleased to have received the packages, as the items will go a far way in assisting the more vulnerable in our parish. We are also clients of the company and are quite happy to see that the Women’s Group saw it fit to donate to the Corporation, particularly to the Poor Relief Department at this time,” said Grant.

Manager of Sherwin Williams’ Humber Avenue branch, Ann-Marie Dewar, who spoke on behalf of the Women’s Group, said the contribution was done with support from the company’s corporate head office as a means of supporting the Municipal Corporation’s effort during the Covid19 pandemic.

“During this Covid time we see the need to help out those that are disabled, that are not able to go out on the road, and the elderly. Apart from that, on a Labour Day, the Sherwin Williams Women’s Group normally gives back, both through labour and by presenting goods to different needy groups,” said Dewar.


Dewar stated that the donation was done this year in particular, as an alternative to carrying out Labour Day work due to a hold on group activities as a result of social distancing. 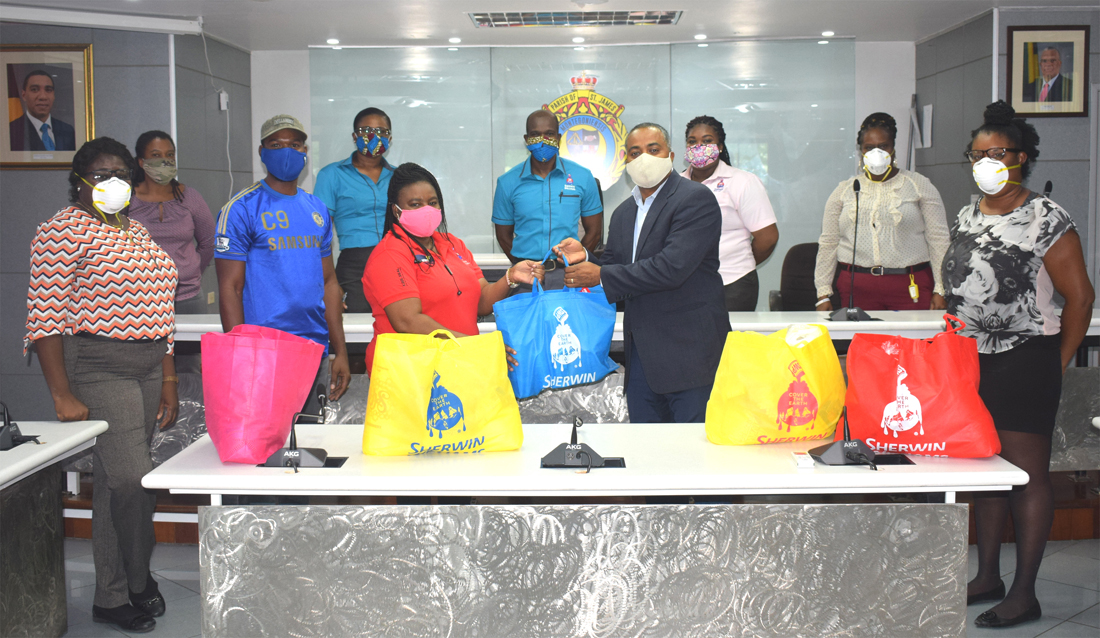