Work is far advanced on the construction of a new ward at the St. James Infirmary, located along Albion Road in Montego Bay, which forms part of a comprehensive development plan for that facility.

The new ward which is being funded by the Ministry of Local Government and Rural Development is now 85 percent complete will provide accommodation for 50 residents upon completion in January 2021.

In looking forward to the completion of the ward,  Chairman of the St James Municipal Corporation and Mayor of Montego Bay, Leeroy Williams said he is pleased that in very short order the residents will be accommodated in a modern building with the necessary accompanying amenities. 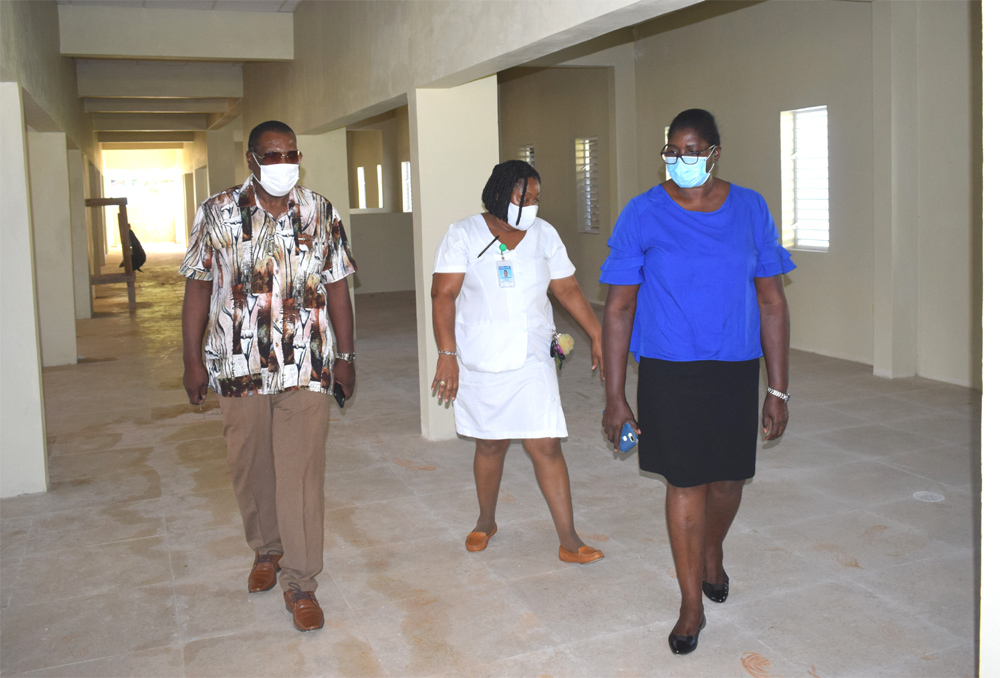 Mayor Williams said the partnership between the St. James Municipal Corporation and the Ministry of Local Government and Rural Development in the construction of the facility, is a true representation of “joined-up government”.

“The need for the ward was identified through the Board of Supervision and from there St James Municipal Corporation commenced work to the tune of 10 million dollars. The effort was bolstered by the Ministry of Local Government and Community Development which provided additional financial support and today, we are very pleased to know that the building is on the brink of completion, on-time and within budget.”

Mayor Williams added that “we are grateful to complete this project to ensure that our residents at the Infirmary are properly served at the highest standard as our responsibility to the more vulnerable members of our society is a priority.”

“Once completed, the St James Infirmary will be a state of the art facility with a fully equipped nurse’s station, isolation ward and other integral infrastructure. Particularly now as we try to cope with the covid-19 pandemic, it is good to know that we have enough space to adhere to the social distancing protocol while also accommodating residents,” said Lee.

Matron at the Infirmary, Jacqueline Wilson says she is grateful for the addition of new ward as “the modern facility will boost the spirits of residents and their family members and will improve the working morale of the Care Givers at the Infirmary. The longstanding public perception that the infirmary is being a poor house will definitely be changed and I really look forward to everyone having a new mindset and a new thinking about the operation of the facility,” Wilson said. 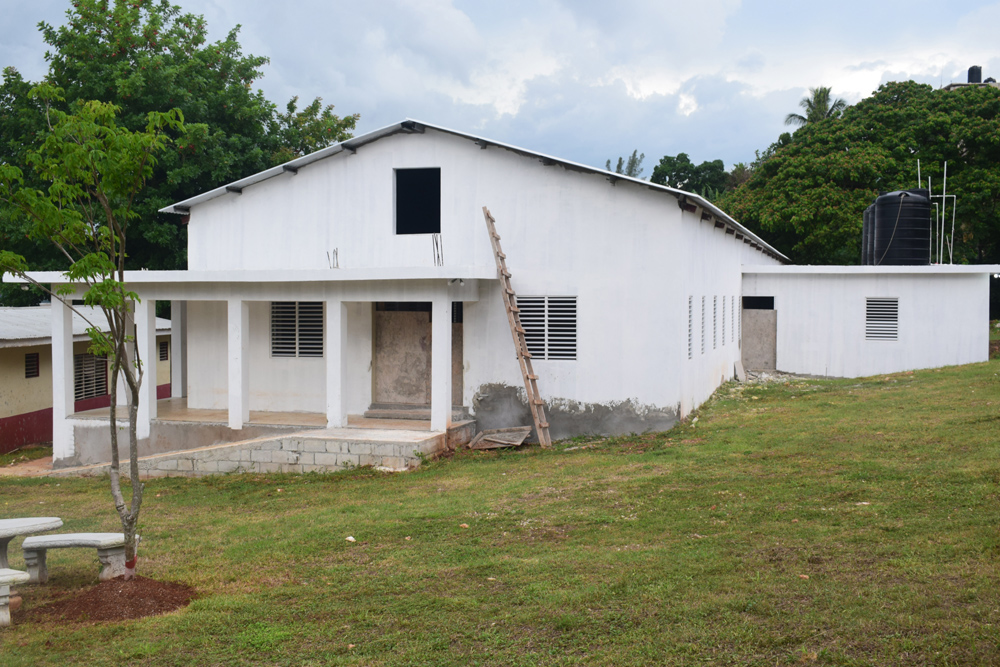 A view of the new ward at the St. James Infirmary which is due for competition in January of next year.

Building Officer at the St James Municipal Corporation, Ricardo Anglin who has oversight for the project, some $24-million has been expended on the project, which is money well spent.

He said “to date some $ 24 million dollars have been expended for the construction of the 120 feet by 33 feet ward which has the capacity to house 50 residents even in keeping with the social distancing protocols. We have also added a generator to supply power to the entire infirmary and for that we have built a generator house as well.”
Constriction of the new ward started in December 2019. The St. James Infirmary currently houses 53 residents.